Blue ocean strategy is the simultaneous pursuit of differentiation and low cost to open up a new market space and create new demand. It is about creating and capturing uncontested market space, thereby making the competition irrelevant. It is based on the view that market boundaries and industry structure are not a given and can be reconstructed by the actions and beliefs of industry players.

What are Red Oceans and Blue Oceans?

Red oceans are all the industries in existence today – the known market space. In red oceans, industry boundaries are defined and accepted, and the competitive rules of the game are known.

Here, companies try to outperform their rivals to grab a greater share of existing demand. As the market space gets crowded, profits and growth are reduced. Products become commodities, leading to cutthroat or ‘bloody’ competition. Hence the term red oceans.

Blue oceans, in contrast, denote all the industries not in existence today – the unknown market space, untainted by competition. In blue oceans, demand is created rather than fought over. There is ample opportunity for growth that is both profitable and rapid.

In blue oceans, competition is irrelevant because the rules of the game are waiting to be set. A blue ocean is an analogy to describe the wider, deeper potential to be found in unexplored market space. A blue ocean is vast, deep, and powerful in terms of profitable growth. 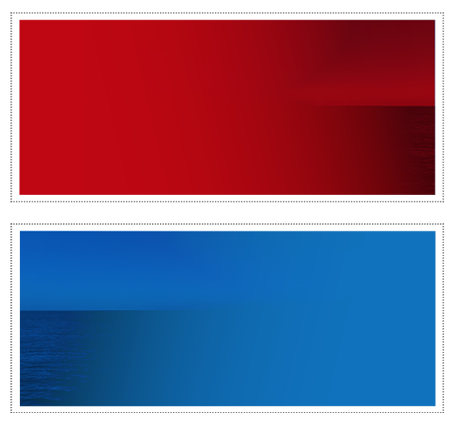 Do you want to move from:

Then the Blue Ocean Practical Introduction course is right for you. It will show you what it takes to shift from bloody competition to new markets and the tools you need to get you there.

Here are some examples of successful blue ocean strategic moves, and strategies that enabled organizations to successfully break out of red oceans and create blue oceans of uncontested market space.

The origin of the terms red and blue oceans comes from Blue Ocean Strategy – How to Create Uncontested Market Space and Make the Competition Irrelevant.

Recognized as one of the most iconic and impactful strategy books ever written, Blue Ocean Strategy argues that cutthroat competition results in nothing but a bloody red ocean of rivals fighting over a shrinking profit pool. It presents a systematic approach to making the competition irrelevant and outlines principles and tools any organization can use to create and capture their own blue oceans. 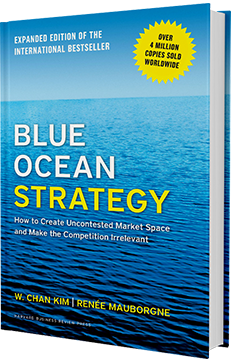